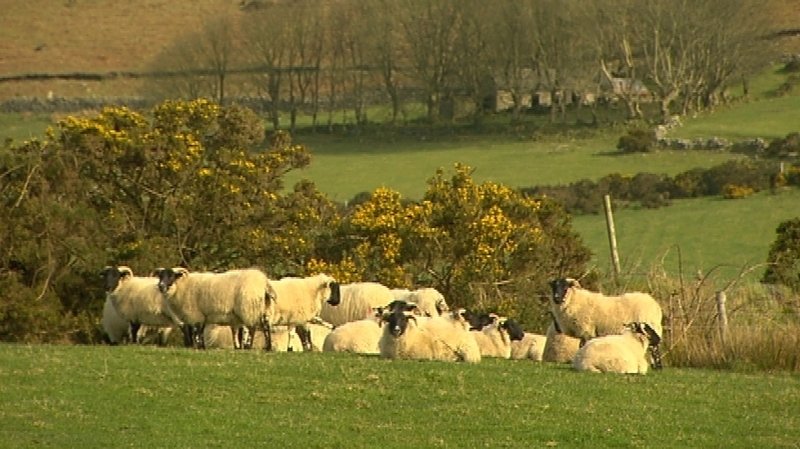 A part-time farmer from Mayo is one of the latest in a growing number of primary producers to sell his product directly to customers.

Kevin Carey who owns Atlantic Erris Lamb is a fourth-generation farmer in Erris, in County Mayo.

The sheep farmer has started to market his own lamb, selling locally and to customers all over the country via his website. The lambs he rears live on one of the country’s most picturesque islands, the Inishskeas, off the Mayo coast.

They are born on the island and graze on the natural pasture there, the land is not fertilised and they consume no meal or other substitutes. Kevin remarks, “it’s probably as green as you can get”.

The sheep are then taken off the island to the mainland, to Kevin’s farm on the Mullet Peninsula.

The crossing from Blacksod pier to the Inishskeas is often unforgiving and treacherous.

This along with the difficulty of island life is what led to the Inishskeas being abandoned by its last inhabitants, in the 1930’s, following a tragedy at sea in which several local fishermen were lost.

Kevin explains his rationale for turning away from selling to the big meat factories: “it’s about getting a better price for the farmer and for your product, it was really about showcasing a premium product that we have in Erris

“There is a lot of satisfaction seeing the lamb on local menus and butchers in the area selling it in their shop”.

As farming and farmers are often the subject of criticism, the localised nature of Atlantic Erris Lamb is a very strong selling point.

When it comes to farm to fork, the distance involved here is tiny. The local hotel in Belmullet has Kevin’s lamb on the menu, it is only three or four miles from his farm.

He pushes the green credentials: “The lambs would never see a grain of meal, they are finished solely on the grass, the clover and the crops we plant, it is a very natural product and emissions are really, really low”.

The lamb has another selling point, its flavour. Luke Syron who is Head Chef at the Talbot Hotel says it has a naturally salty flavour, which he surmises is from the Atlantic.

The sheep graze on the Inishskeas and , “the salt content is high, the sheep literally live on the sea shore, the salt is embedded into their wool and we imagine that soaks down into the fat and gives additional flavour”.

The move to direct sales is growing in popularity; several producers all over the country are now directly marketing their product.

For years farmers have complained about the price they are paid for their animals.

The farmer is often a price taker, meaning that the factories decide what they are paying you for your livestock.

It’s a strange concept, imagine a furniture maker or a car maker having to accept the price that customers think their product is worth?

The beef protests of 2019, when farmers blockaded meat plants and refused to sell animals, were a manifestation of the frustration which was felt in the sector.

The move to direct sales is a small step, but, it does offer some independence to farmers.

However it involves a lot more work, there are logistics, marketing and a range of other issues to contend with.

Lamb Stir-fry with Peppers and Rice

You can find out more about which cookies we are using or switch them off in settings.

This website uses cookies so that we can provide you with the best user experience possible. Cookie information is stored in your browser and performs functions such as recognising you when you return to our website and helping our team to understand which sections of the website you find most interesting and useful.

Strictly Necessary Cookie should be enabled at all times so that we can save your preferences for cookie settings.

If you disable this cookie, we will not be able to save your preferences. This means that every time you visit this website you will need to enable or disable cookies again.